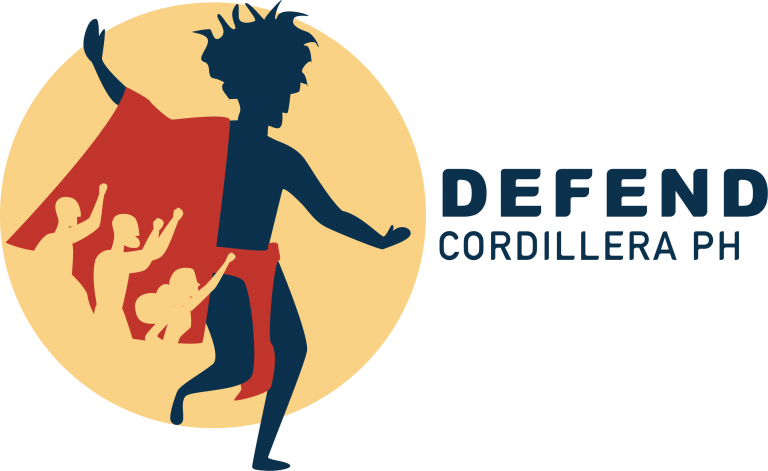 Our Global Pact to defend cordillera

Until our right to self-determination is recognized, the struggle will not end. Even if it means the sacrifice of our lives to achieve freedom, so be it!
Rafael “Markus” Bangit, Kalinga peace pact holder killed for his defense of indigenous peoples rights and human rights
Such arrogance to speak of owning the land when we instead are owned by it. How can you own that which will outlive you? Only the race owns the land because the race lives forever.
Macli-ing Dulag

We, the undersigned indigenous peoples, civil society organisations, institutions, human rights defenders, and peace-loving peoples of the world, firmly express our enduring support for the defense of the Cordillera region in the Philippines—the people, their land, heritage, and right to self-determination.

On this day, the 12th of September 2020, we launch the global campaign Defend Cordillera PH. This worldwide endeavor takes inspiration from the just, moral, and historical basis for the struggle of the Cordillera people.

We are united in the goal of strengthening global solidarity to defend the Cordillera against plunder and state terror.

Development aggression and violations of indigenous peoples’ rights persist in the Cordillera. Their ancestral lands continue to be treated as a resource base for profit by the State hand in glove with corporations of the old and new colonizers.

Large-scale mining, dams, energy and other foreign projects are masqueraded as ‘development’ at the expense of indigenous peoples’ self-determination and human rights. Indigenous communities are robbed of their life, land, culture, and worse, their future. Despite decades of peoples’ resistance, the plunder of natural resources in ancestral domains continues. The region is blanketed with more than a hundred large-scale mining applications covering 978,664 hectares of land and more than 100 hydropower and geothermal projects awarded to private corporations. One such energy project is the Chevron Geothermal power project covering more than 25,000 hectares in Kalinga province. If left unchallenged and unopposed, all these could mean ethnocide for the Igorots and massive destruction of ecosystems in the Cordillera.

The growing assertion by indigenous peoples of their rights to life, land, and resources has been met with brutal State repression. The militarization of communities has resulted in numerous human rights violations. Local activists, members of indigenous communities and civilians are targets of harassment, unlawful arrest, systematic vilification campaigns, and state-sanctioned killing. Leaders of legitimate people’s organizations are pressured to “surrender” as supposed members of the New People’s Army. The Cordillera Peoples Alliance (CPA), the biggest federation of indigenous peoples’ and sectoral organizations in the region, is under relentless attack through systematic measures taken by the State to delegitimize the organization. These include moves by the National Task Force to End Local Communist Armed Conflict (NTF-ELCAC) to declare the CPA persona non grata in indigenous communities and incessant red-tagging of the CPA and its leaders through social media. These attacks by the State in collusion with private corporations are endangering the people’s lives, security and dignity while plundering the wealth of the Cordillera.

As we all experience extreme hardship brought on by the global COVID-19 pandemic, the Duterte government’s response has been incompetent, opportunistic and abusive in its militarist approach. Instead of proactively and comprehensively addressing the long-standing neglect of basic health needs and social services in marginalized communities, the Duterte regime is exploiting the COVID-19 pandemic to further intensify plunder and state terror in the Cordillera.

The situation is alarming and urgent, pushing us to act now. We choose to stand with the Cordillera people. We commit to Defend the Cordillera. We call to Defend CPA.
In the indigenous Cordillera tradition of community solidarity, we signify our unity and commitment through this Global Pact to: